Small glimpses into a bigger picture.

I was recently hanging out with a super-successful entrepreneur. He’d just secured almost $20 million in funding for his fourth startup – but he was terrified of becoming homeless. And he’s not alone. Lots of successful business owners have similar fears, even though they’re unhelpful and unrealistic. Here’s how to move past them

I just spent some time with a friend of mine, and we were actually out in the woods sitting around a campfire sharing things… and my experience is that’s when a lot of the intimate sharing comes out.

And my friend shared with me how he was scared that he was… he had this fear of being homeless. He’s got a wife and two young children. He was just scared that they would end up out on the street homeless. And the thing about this friend of mine is that he has a startup. He’s a founder in a startup and they just had raised money. They just had this funding bring in almost $20 million, and this is not his first startup. This is actually his fourth startup. The past three were successful and he had this track record of success, yet he was scared about being out in the streets homeless with his family.

This is a bit of an advanced topic because there are some people that its probably a good legitimate fear to be scared about being out on the street. Who work really crazy hard to get beyond that. But the thing is, becoming successful doesn’t make the fears go away. And even though I could say to my friend, “Let’s be rational about this and let’s look at this track record of success that you’ve had and the fact that you’ve succeeded over and over and over and you’re going to succeed this time, even if you don’t, you have the skills to go out and succeed the next time you’re not going to be homeless.” I think it was good to talk about that rational side.

But then, my friend is not the first person I’ve met – I’ve worked with thousands of entrepreneurs and I’ve met some that were just ridiculously successful – that still had that fear that maybe I just got lucky. Maybe the only reason for the success is luck.

Well, if you’ve had that track record, you’ve built those skills, it’s probably not luck. And just building those skills means you can go build something again. And I know so many people that have had big set backs, lost their business or their business has gone down one way or another and they’ve been able to turn it around.

And maybe one of those mechanisms is fear. It’s always looking for those threats, the threats that are going to send you out homeless and maybe if you can find those patterns… and this is deep work. This is lengthy work. This isn’t a five-minute-video work, but this is deep work. And if you can find those patterns and then you can look at that pattern, this fear of being homeless or this fear of whatever, and ask, “How does that serve and honor? How has it served me in the past? How does it help me in the past?” Honor that fear, that feeling and say, “How has it helped me in the past? And now how is it going to help me if I leave it behind?”

If we were sitting around that fire out in the woods talking about this, if we could just offer that up to the fire and say, “Here, consume this mechanism, this learned mechanism I had because I want to honor it. It’s served me in the past, but it’s not going to serve me going forward. I’m going to let it go.” Let go and honor that. But then honor where you’re going to go when you leave that feeling behind.

I’m Jeff Walker. Wherever you’re watching this, scroll down, leave a comment for me, and let’s go get ‘em this week.

See what others don’t.

Available nowhere else: The real life thinking, surprises, stories, ideas and examples of actually living it and unlocking what’s next – about to be dropped into your hands…

Podcast TItle – the one where this happens (#20)

Podcast TItle – the one where this happens (#45)

Podcast TItle – the one where this happens (#60)

Click on each piece to see how each engine fuels true freedom. 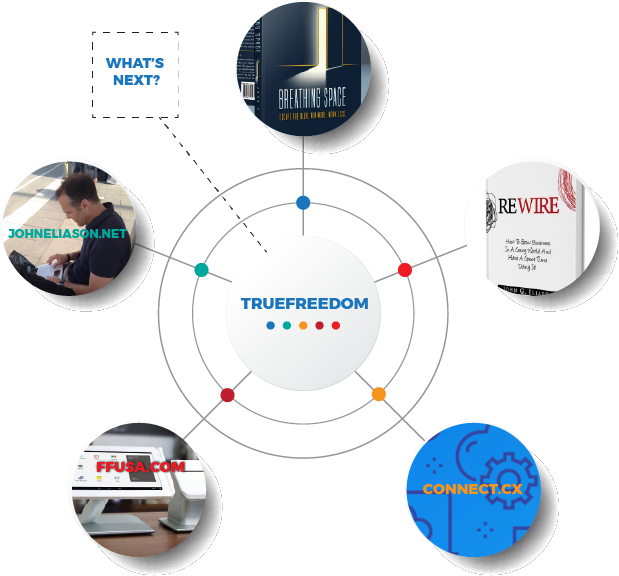